My regular monthly blog is up for Western Fictioneers. You may see it here or read it below: 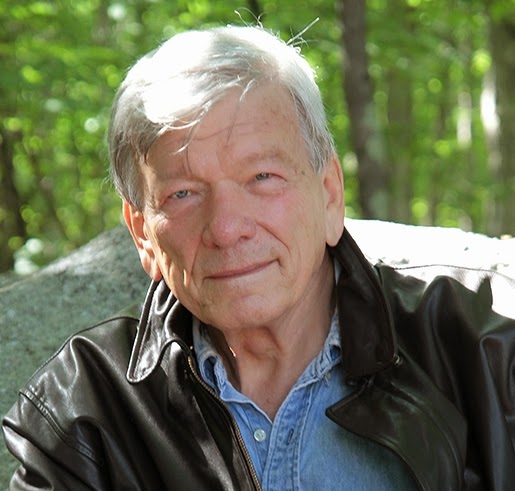 The best marketing plan is to write.  In my January blog I mentioned Hugh Howey because he makes this point far better than I, both on his website and in his podcast with James Altucher.  It is no more profound than the observation that successful novelists we remember have all written many books, save Harper Lee and one or two others. Four to four hundred novels seems to be the range needed for success.  Some Western Fictioneers can publish thirty books in three years, some can publish one.  Not to despair, one book in three years means four in twelve and there you are, on the power curve.  So, write two, three, four hours a day but even then you may need some ploughing in other fields.

Indeed, that very Harper Lee brought no less an institution than the Economist to opine on the great Schumpeter and the need for Authorpreneurship.  In their February 14, 2015 print edition, with a column headlined “To succeed these days, authors must be more businesslike than ever” they said,

“…Standing out as a book writer today requires more than a bright idea and limpid prose. Authors need to become businesspeople as well, thinking strategically about their brand, and marketing themselves and their products…”

“…these days, writing a book is just a prologue to more work…Authors mostly used to rely on public-relations staff provided by the publishing house. Now, wise writers hire their own publicists…Authors must court an expanding variety of ‘influencers’—people whose opinions can determine a book’s success. Once…newspaper reviewers were…arbiters of literary taste. Now…a host of bloggers and social-media pundits fill the gap.”

The article devoted a lot of space to celebrities, Hollywood film deals and best seller lists, before it returned to some realistic observations.

“Authors, like other entrepreneurs, should not let failure get to them.”

“The open secret of publishing is that very few authors can live by books alone. Even some of the most successful ones make most of their money from public speaking, consulting or teaching, and use the publicity gained by their books to justify higher fees. …Things are more difficult for fiction writers: the organisers of conferences and other events pay good speaking fees to non-fiction writers with a bit of name recognition, but not to the average novelist.”

“Authors are becoming more like pop stars, who used to make most of their money selling albums but who now use their recordings as promotional tools, earning a living mainly from concerts. The trouble with many budding writers is that they are not cut out for this new world.”

Such an authoritative voice provides the perfect introduction to a breakfast roundtable I am hosting at the WWA Conference in the Overton Hotel, in Lubbock, Wednesday, June 24, at 8:00 am.   I proposed a panel on:  “The Western as a Business Education Format.”  In short, marketing your novel by making it a vehicle for corporate messages, themes, and training programs.  Candy

Moulton suggested we test the idea at the Wednesday roundtable breakfast, if I was willing. Absolutely.  I asked her for permission to mention the Roundtable breakfast in this blog.  Absolutely.  She reminded me to mention that the convention is open to non-members of WWA as well as members and that registration materials are available on the website, www.westernwriters.org.

The idea started with my first novel, Telluride Promise.  A venture capital colleague, who specializes in proprietary schools, suggested that it should be a format for teaching ethics in business schools.  A subject much needed, hard to achieve.

With Every Soul Is Free, 100 hundred years of strong values, powerful and interrupted lessons between grandfather and grandson, and the conflict of choosing calling over family have led to discussions with a major private bank, an investment bank, a foundation, and a well known product based corporation on subjects of trust, career, and generational values.

Not to get ahead of myself, these are long sales’ cycles and major success still lies in the future.  The concept is, so far, well-received and I am certain that fiction has a major role to play in the value systems of corporations.  A breakfast, lunch, dinner, or evening reception allows the company to communicate a set of principles it holds dear to its stakeholders, without ever directly “selling” the company. No one needs to have read the book.  Selected readings illustrate the principles and the discussion is on.

There are many topics supported by Western literature.  The point of the roundtable breakfast is to encourage every author to think of how their Western novel demonstrates standards and values that businesses want to instill in their personnel or communicate to their clients.

With tables for 10 people, the point of this blog is to invite 9 writers to the breakfast.  Come as a presenter and bring your book and one idea.  State the theme. Read up to 3 sentences and launch the discussion. We’ll work for three minutes to talk about the principles involved and thoughts on how to market your novel to businesses.  No prior success is necessary, this is exploratory.  If you have no presentation to make, as I said, this is exploratory, please come and explore with us.  With luck, we’ll digest breakfast and a few insights and views about what principles work and how to sell them.

If you’d like to post suggestions for topics in the comments below, or e-mail me, please do and maybe we can get a full agenda on hand before the 24th.

I am still looking to this blog to force me to work on my bio.  I have not yet made it past the starting point. Telluride Promise gained the quarterfinals in the 2010 Amazon Breakthrough Novel Awards. Every Soul Is Free won the Gold Quill, Grand Prize for best novel published in 2014, from the League of Utah Writers.  Edward’s third novel is finished.  He is at work on his fourth.  He and Anne live in Stamford, CT and look forward to a visit from any Western Fictioneers!