Over the past decade, I’m proud to have received Gold Quill Awards for my novels Founding Sheriff and Every Soul Is Free, by the League of Utah Writers. You can find those awards listed below:

My award for Founding Sheriff, titled the best novel of the year on August 15: 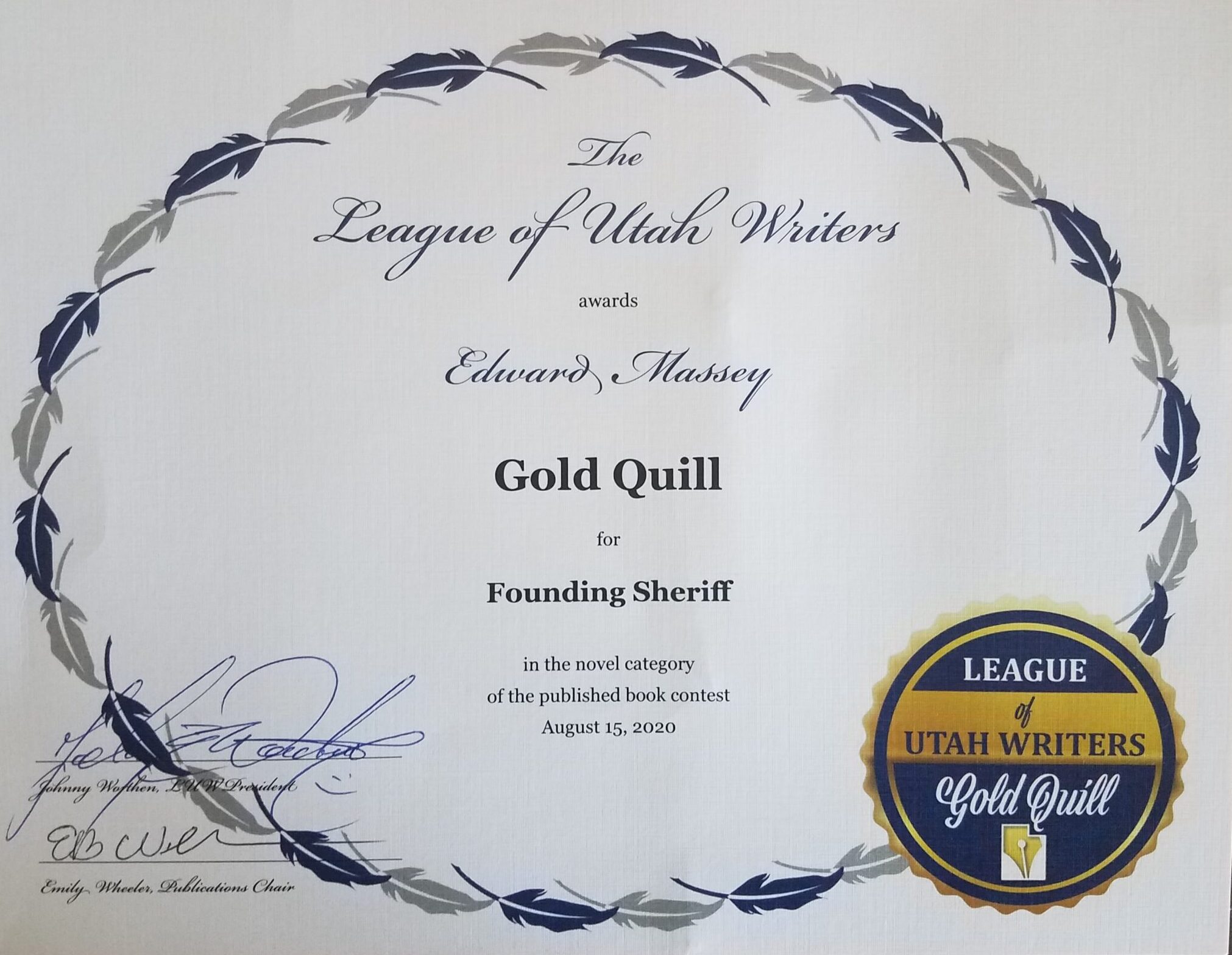 On Saturday, September 13, 2014, during the Gold Quill Awards Dinner, I had prepared myself for a shutout, when: